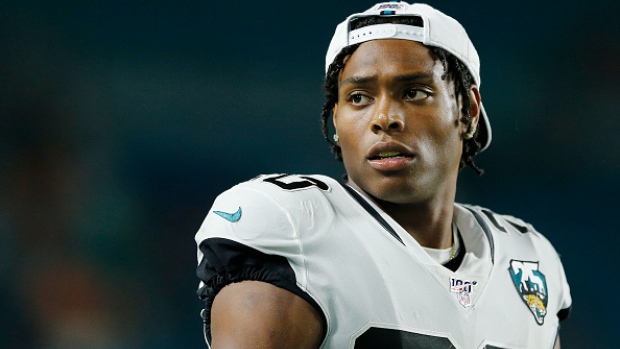 The person spoke to The Associated Press on the condition of anonymity Monday because neither Ramsey nor the team had made the request public.

Ramsey's agent, David Mulugheta, confirmed to ESPN that he asked the Jags to trade the disgruntled defender. Mulugheta did not immediately respond to a text message from the AP.

CB Jalen Ramsey’s agent asked for a trade after yesterday’s loss at Houston, league sources tell @mortreport and me

The Jaguars have spoken with interested teams, but there is no current plan to trade Ramsey.

The Jaguars are asking teams for at least one first-round pick in return for Pro Bowl CB Jalen Ramsey, but want more than that in return, per sources.

Ramsey was upset that Marrone didn't challenge DeAndre Hopkins' first-down catch late in the first quarter of a 13-12 loss at Houston on Sunday. The Texans moved the chains and ended the drive with a field goal. Ramsey said something to Marrone as he walked off the field and appeared to put his hands on the head coach as he made his way to the bench. Marrone responded by getting in Ramsey's face and yelling.

One league source said he believes Jaguars’ CB Jalen Ramsey could be traded this week, that once there is a sideline confrontation between a head coach and a player, both sides have to move on.

Marrone offered few explanations for the intense altercation and said Ramsey would not be punished.

The Jaguars will host the Tennessee Titans at home on Thursday Night Football.