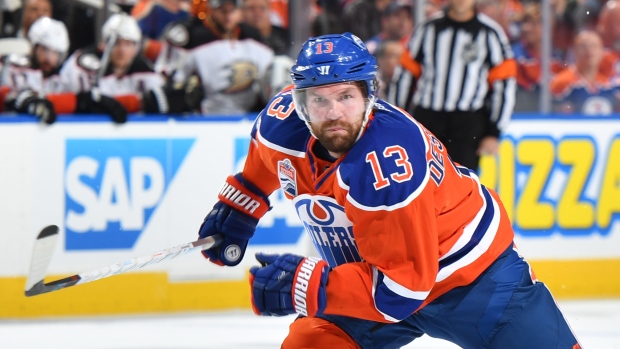 The New York Rangers have agreed to a one-year, $1 million contract with centre David Desharnais, according to Larry Brooks of The New York Post.

Rangers have agreed to contract with David Desharnais, one year for $1M...

The Habs sent Desharnais to the Oilers at the trade deadline for defenceman Brandon Davidson. Desharnais added one goal and three assists over 13 playoff games for Edmonton, who were eliminated in the second round by the Anaheim Ducks.

The Laurier-Station, Quebec native has 81 goals and 173 assists over 453 career NHL games.