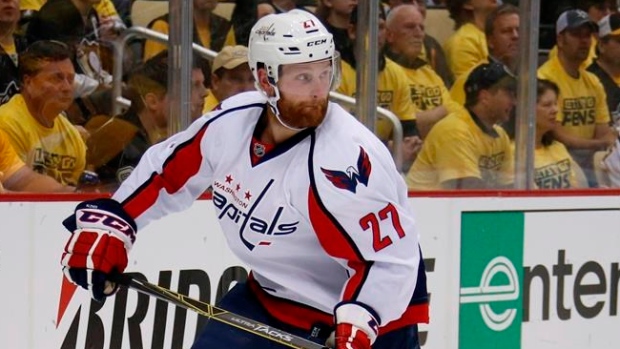 It doesn't look like veteran defenceman Karl Alzner will be returning to the Washington Capitals when he hits the open market as a free agent on July 1.

Jill Sorenson of CSN Mid-Atlantic recently spoke to Alzner who told her that anything is possible, but it's almost 100 per cent that he won't be returning to the Caps next season.

Karl Alzner told me, there's always a chance, but it's just about 100% he won't be returning to #Caps

The Burnaby, BC native is coming off a four-year, $11.2 million deal signed in the 2013 offseason.

Alzner has spent his entire nine-year career with the Capitals, originally being drafted by the team in the first round (fifth overall) of the 2007 NHL Entry Draft.

He is ranked third on TSN Hockey's list of the top 50 unrestricted free agents.

The Montreal Canadiens, Vancouver Canucks and Vegas Golden Knights have all showed interest in Alzner.