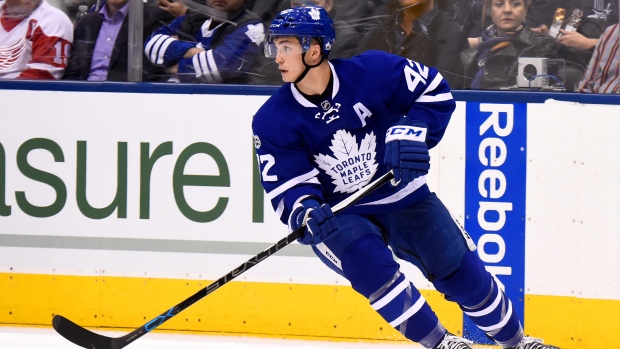 With left-handed shot Nick Holden reportedly on the trade block, some have linked the Toronto Maple Leafs to the New York Rangers defenceman in a trade for centre Tyler Bozak.

However, Larry Brooks of the New York Post reports that with the Rangers already slated to be up against the cap this season, there is "zero indication" to suggest the Rangers are looking to acquire the centre.

Brooks writes that the only way the Rangers could hit Bozak's $4.2 million cap hit, even after shedding Holden's $1.65 million, would be by buying out Marc Staal's contract. He reports there are no signs the team plans to do that before the second buyout window closes on Thursday.

Brooks believes that with the Rangers currently projected to have roughly $500,000 in cap space on opening night, they're most likely to simply trade Holden for draft picks and employ seven defencemen on their roster. He predicts Mika Zibanejad, Kevin Hayes, David Desharnais and Lias Andersson will open the season as the team's top-four centres.

Bozak, 31, is entering the final season of a five-year deal signed with the Maple Leafs in 2013. He scored 18 goals and added 37 points in 78 games last season, and posted two goals and four points in six playoff games.