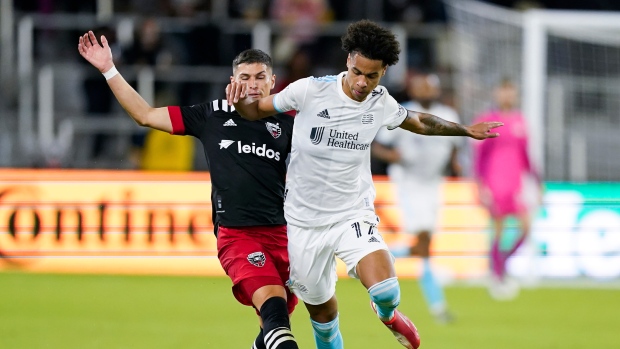 FOXBOROUGH, Mass. (AP) — Tajon Buchanan scored his eighth goal of the season and the New England Revolution beat the Colorado Rapids 1-0 on Wednesday night to break the MLS record for points in a season with 73.

New England (22-4-7), the Supporters' Shield winner, broke the mark of 72 for a 34-match season set by Los Angeles FC in 2019 . The Revolution have one game left in the regular season, at home game against Inter Miami remaining Nov. 7.

Buchanan settled a cross from Adam Buksa with his chest, took two touches to get away from a defender, and slotted a shot past William Yarbrough from a difficult angle in the 74th minute.