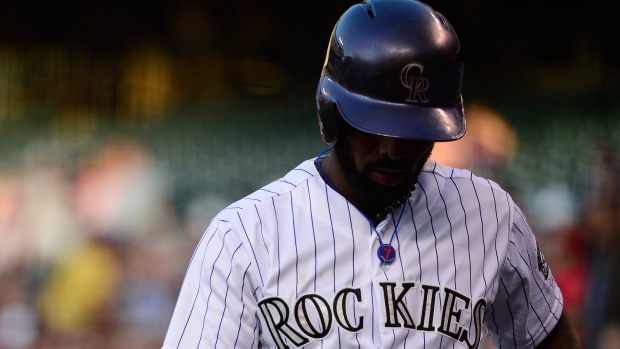 Colorado Rockies shortstop Jose Reyes doesn't appear to be enjoying his time in the Mile High City ever since he was traded by the Toronto Blue Jays last month.

The Rockies are the worst team in the big leagues and with a 32-year-old Reyes getting up there in age, his window to win a championship is quickly dwindling.

"I'm at the point in my career that I want to win," Reyes told the Denver Post recently. "I say it over and over. I want to win. I don't want to spend the rest of my career on a last-place team. That's not the kind of player I feel like I am."

The Jays traded Reyes (and his expensive contract) along with three prospects to the Rockies for superstar shortstop Troy Tulowitzki and reliever LaTroy Hawkins on July 28.

Since the trade, the Jays have gone from a fringe playoff contender to a favourite to win it all. The Rockies, on the other hand, are miles away from being in any sort of playoff race. In 21 games with Colorado, Reyes is hitting .271 with two homers and seven RBIs.

"You come from a ballclub that was competing for a spot in the playoffs. And you come to a club in last place. You think about that," said Reyes.

"We'll see what happens here," explained the native of Dominican Republic. "But in the next couple years, I don't want to waste my time like that."

Reyes is a veteran of 13 MLB seasons, appearing in four All-Star games with the New York Mets earlier in his career. He's only made the playoffs once (2006 with the Mets) and lost in seven games to the St. Louis Cardinals in the National League Championship Series.