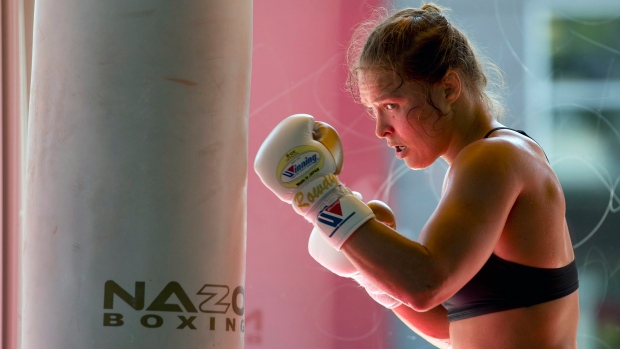 RIO DE JANEIRO - Ronda Rousey says she will be fighting for the late Roddy Piper, the Hall of Fame wrestler who gave her his "Rowdy" nickname.

Not long after WWE confirmed Piper's death Friday, Rousey posted a photo of him on her Instagram account and said "this one's for you Roddy..."

Rousey said she "will do it justice and do you proud."

The biggest star in UFC, Rousey thanked Piper "for the name... and so much more."

Rousey had said several times that Piper was one of her greatest idols.

Piper was one of the biggest wrestling stars of the 1980s and was inducted into the WWE Hall of Fame in 2005.