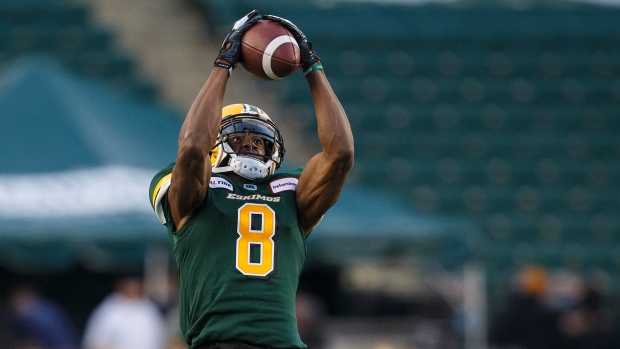 We have acquired 🇺🇸 WR, Kenny Stafford in a trade with the @EdmontonEsks, in exchange for WR, Christion Jones.

BREAKING: We have acquired KR Christion Jones from the Saskatchewan Roughriders in exchange for WR Kenny Stafford.

Stafford, 29, has recorded 30 receptions this season for 366 yards and 2 touchdowns. The seven-year veteran has amassed 2,626 yards and 18 touchdowns on 191 receptions over his career. Besides the Eskimos, Stafford has also played for the Montreal Alouettes and Calgary Stampeders.

The 26-year-old Jones has spent the entirety of CFL career with the Roughriders. Regarded more for his return ability more than his skills as a receiver, Jones has returned 111 punts for 1,441 yards and three touchdowns in his three-year career and also has 51 kickoff returns for 1,225 yards.