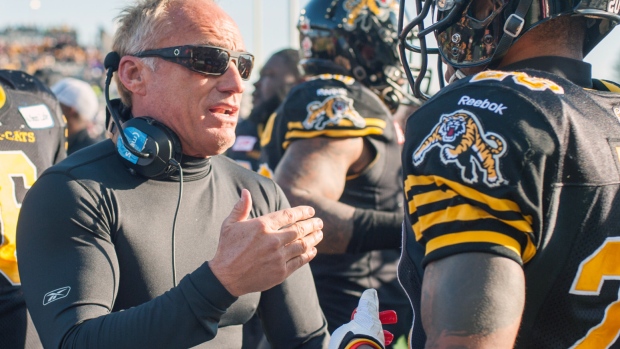 Reinebold said Friday on Twitter that he has declined an opportunity to return to the Ticats in 2022.

"Every good thing comes to an end, and sadly my time in Hamilton is over," he said.

Under Reinebold's tutelage, kick returner Frankie Williams has become one of the most dangerous players on special teams in the CFL.

Williams won the 2019 John Agro Award as the league's most outstanding special teams player and was a CFL all-star. He was second in the league with 459 return yards in 2021.

Reinebold's coaching career in the CFL spans 17 seasons, including two years as head coach of Winnipeg from 1997-98.

This report by The Canadian Press was first published Dec. 31, 2021.