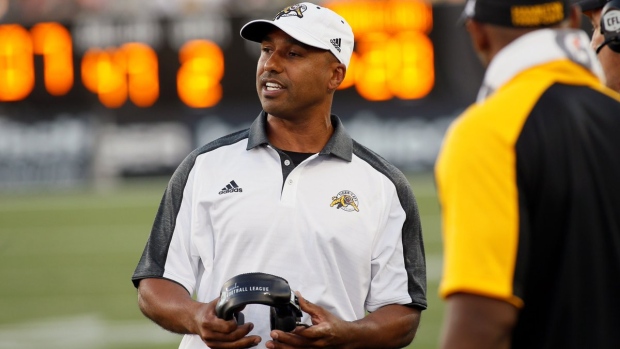 HAMILTON — The Hamilton Tiger-Cats say Orlondo Steinauer is returning to the team as assistant head coach.

He's joining the team after a one-year stint as the Fresno State Bulldogs defensive co-ordinator in 2017.

Steinauer was a part of Fresno's turnaround last season where they posted a 10-4 record after going 1-11 just one season earlier.

Before leaving for Fresno, Steinauer had a four year stint on the Ti-Cats' coaching staff starting in 2013.

He served as a defensive co-ordinator before also becoming the assistant head coach in 2016.

Steinauer's 11-year coaching career was preceded by 13 CFL seasons as a defensive back, where he received two Grey Cup rings.