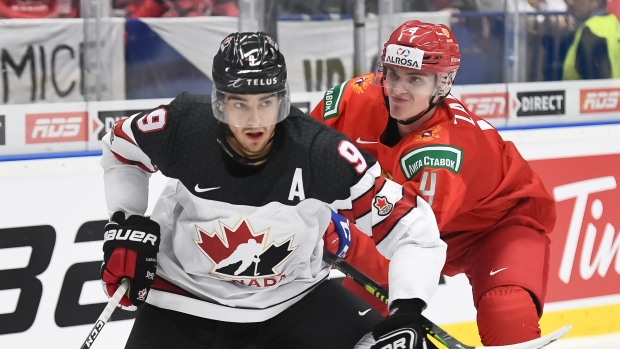 Team Canada forward Joe Veleno has been suspended one game for a headbutt during Saturday's 6-0 loss to Russia, the IIHF Disciplinary Panel announced Sunday.

UPDATE: The IIHF Disciplinary Panel has issued a one-game suspension to @HC_WJC forward Joe Veleno due to a head-butting incident. MORE AT https://t.co/4Fagxw1M8S

"Some chatter in Ostrava that the World Juniors disciplinary committee has been reviewing Team Canada's Joe Veleno for a headbutt in Saturday's loss to Russia. Suspension possible," tweeted TSN Hockey Reporter Frank Seravalli Sunday evening prior to the suspension.

The incident occurred in the second period when Veleno and Russia's Danil Mysul exchanged words after the whistle with Veleno giving Mysul a light bump on the forehead with his helmet. There was no penalty called on the play, but the disciplinary panel found Veleno was in violation of IIHF Rule 142-Head Butting.

Not called a penalty during the game ... came with Canada trailing 4-0

A #WorldJuniors returnee, Veleno is a top-two centre, who plays on both special teams units & takes key draws https://t.co/qHmP7TE2Gm

Veleno recorded two shots on goal and four penalty minutes in the defeat.

Veleno will be eligible to return for Canada’s final preliminary-round game against the Czech Republic on Dec. 31.