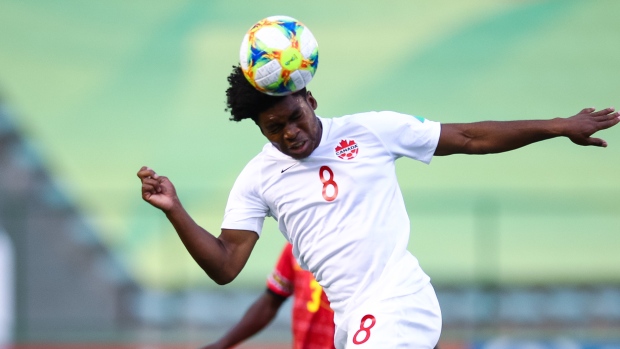 Toronto FC has signed midfielder Ralph Priso as a Homegrown Player, the team announced on Wednesday.

Priso is the 25th player to be signed to the first team from the Toronto FC Academy.

"Ralph is a talented young player and we are excited to add him to our MLS roster," Toronto FC General Manager Ali Curtis said in a release. "While he has earned this opportunity through hard work, determination, and great commitment on behalf of his family, his signing is also a full illustration of the club's commitment to developing players within the community, and our player development pathway."

The 18-year-old made five appearances for Toronto FC II during the 2019 USL One regular season.

Priso represented Canada at the 2019 FIFA U-17 World Cup in Brazil, appearing in all three Group Stage games. He has been a member of the Toronto FC Academy since January of 2017.