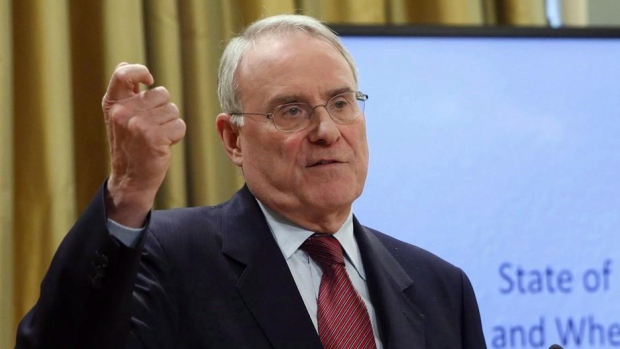 First, let's talk about the book.

It's called Game Change: The Life and Death of Steve Montador and the Future of Hockey. It's written by Hall of Fame goaltender and acclaimed author Ken Dryden.

As you would expect -- coming from the man who wrote the definitive hockey book in 1983, The Game -- Game Change is excellent. Well written. Well researched. Well reasoned. Informative. Intriguing. Thought provoking.

As the title suggests, it is first and foremost a story on the life of Steve Montador and how he went from being a fun-loving, quintessential, hardcore NHL "hockey guy" to a depressed, manic and deeply damaged young man who was dead at age 35.

But there are two other stories being concurrently told in this book: the story of the NHL, how the game is played, how it's changed and how it's governed; the story of medicine and science and how they relate to brain trauma, concussions if you will, and the advances in this field; and how those two stories have become intertwined with Montador's.

I knew of Steve Montador, obviously. But I did not actually know him, though after reading this book I feel like I might have an understanding of what it was like to know him. Either way, it's a poignant story of a life lost far too soon, so very, very sad.

But Dryden was not content to only tell Montador's story. This book is also a blueprint of sorts on how Dryden feels the game of hockey in the NHL should be played and governed. It is nothing less than a direct challenge from Dryden to NHL commissioner Gary Bettman to take action. Very specific action. Now.

"Two small changes," Dryden writes in the book. "No hits to the head; no finishing your check."

If that sounds overly simplistic, well, it is and it isn't.

Dryden is nobody's fool. He knows the landscape of which he speaks. There is no aspect of the argument, one that has raged on and off for well over a decade now, that he doesn't deal with, dissect or attempt to refute.

I suspect we'll be hearing a lot more on this issue in the days and weeks to come. Dryden's book is being released Tuesday; he's already done interviews and will be doing many more as part of the book promotion. On Saturday, in The Globe and Mail, he wrote a lengthy piece on why he wrote the book and his core beliefs on the issue of concussions in hockey and how they can be dealt with.

"This had to be about action, making decisions and implementing them," Dryden wrote in The Globe and Mail. "And not just doing something – anybody can do something – but something that is the equivalent to the magnitude of the problem. So I stopped writing articles. I stopped doing symposiums. I stopped giving speeches, except when I felt an absolute obligation to say yes. I could see what was wrong. I could say what was right. But what did that matter? I had no interest in generating more awareness. This was about better decisions."

That, he said, is why he wrote Game Change.

And why he is advocating for Bettman and the NHL to do away with the finish-your-check mentality that permeates the game and make any and all hits to the head illegal.

If only it were that easy.

What Dryden knows better than anyone is how tired and draining that discussion has become, especially if it only leads you around the mulberry bush to where we started.

As Dryden wrote in The Globe: "To some, concussions, as an issue, came to seem confusing and tired. ‘Confusing’ because so many people who seemed to know were saying so many different things: It's the equipment. We need a better helmet, they said. No, we don't; yes, we do. It's the rules. We need tougher penalties. It's the science. We don't know enough. And, of course, when awareness isn't enough, the only answer seems to be more awareness. More articles, more research, more conferences, until the issue does come to seem "tired" because so much had been said and so little has happened. For parents with kids in the game, none of this got tired. For the media, though, it did."

I had a telephone conversation with Ken Dryden a while back. I couldn't honestly tell you if it was a year or two ago or longer, but we discussed this very thing. He was asking if I would be interested in getting involved in some aspect of the cause, so to speak, and after talking with him, he said to me that he sensed I had battle fatigue of sorts.

I think I can safely say I was amongst the first on the anti-concussion, anti-head hit bandwagon in hockey. And for good reason, because it was my children who had concussions and associated issues. I saw first-hand how devastating and nefarious brain trauma is, how it wreaks havoc on the physical, mental and emotional well being of not only the victim but an entire family. I always likened it to a big dark cloud coming over your entire house and not leaving for a long time.

That was going on 14 years ago. I was the guy, through much of the first decade of a new century, who was railing against head hits in the NHL and all levels of hockey. Never met a soapbox I couldn't climb up on and I didn't hesitate to utilize my platform. Because of my personal experiences -- I've had dealings with many of the doctors or experts who appear in Dryden's new book -- I fancied myself something of a (admittedly pseudo) concussion expert.

I had other parents with concussed kids calling me for advice. I still do.

I attended the seminars and symposiums and conferences. I was on the board of directors for Think First Canada. The more you learned, the more you understood how dire the consequences are of brain trauma.

I got criticism from some quarters, not that I cared, because I really did feel like this is such an important quality of life issue. I also got some accolades and encouragement, too.

The late Don Baizley, the highly-respected player agent, once called me out of the blue simply to tell me to "keep it up, don't ever stop doing the right thing because this is the right thing."

Long before Don, who was one of the best men I've ever known, died in 2013, I'm sure I must have disappointed him.

Somewhere along the line I grew weary not of the cause, but talking about it and advocating it. It wasn't any one thing, really.

I didn't like how I was coming across as so righteous. I never really felt comfortable as an advocate; that's not how I saw my job. I was fearful I was becoming a one-trick health and safety pony. I'm not big on espousing big opinions. I didn't like being emotionally invested in a job that, for me anyway, is paramount to be rational and objective.

It was just the argument that grew tired for me. The rationalizations, the explanations, the excuses why it couldn't be. I never doubted the legitimacy of brain trauma and the associated evils of it, but I did start to doubt my reasoning why the NHL should have the same rules as peewee hockey. I started to think an allowance should be made for the NHL to be far more dangerous than what we would permit our children to do. And I started to think of the relationship between inherent risk and assumed risk, as it applied to professional hockey players.

I mean, as awareness and education became so much greater over the years, and the players had to know the potentially grave consequences of what happens when  they get hit in the head, I started to ask myself why I cared so much about this if it seemed, on the surface anyway, so many of them, or their Players' Association, didn't? At least not as much.

At some point, I was co-opted by myself. I recognized the NHL rules for what they are or aren't and simply commented in that context. No advocacy; just analysis. In hindsight, on some level, I was just like so many players. I just shut up and did my job.

I've never felt I was necessarily part of the hit-to-the-head problem, though I damn sure wasn't part of the solution either. There's a passage in Dryden's book where he compares a hockey commentator panel breaking down a hit to the head in the NHL, as to whether it's illegal or not, to the Monty Python dead parakeet sketch, where Michael Palin tells John Cleese the parakeet is "just resting" and then goes on to explain all manner of excuses why the parakeet isn't dead.

I've been in on many of those panel discussions, explaining the rationalizations for suspension or no suspension, and I've even gotten phone calls or texts or messages from (victimized/suspended) players who disagree with my interpretation or how the league chose to handle it.

I empathize with the victims, I really do. After a suspension was levied, whether it was one game or five, I always thought how it doesn't really much matter to the poor sonofagun who took the hit to the head and is concussed. He's still concussed and the length of the suspension doesn't affect that one bit.

I've never stopped doing my job as it relates to the head contact/concussion issue. I know the GMs who would agree with Dryden; I know the GMs who would denounce them. I know their respective arguments backward and forward. I can break down a video sequence and quote you the rules and rationalizations on why this hit is a suspension and this one isn't. I try to stay current on the latest treatments and advances in medicine and science as it relates to concussions.

I just stopped offering big opinions on this issue.

I know there's likely to be a lot more talk about concussions and head hits because Dryden's book is coming out. I'm not sure how I feel about that, other than knowing I needed to write something about it today.

Deep down, I suppose I hope Game Change could be a catalyst to bring about real change. I've never stopped believing any hit to the head is a bad hit to the head or the gravity of what can happen to those being hit in the head. But I'm still, at times, a little conflicted on application at the NHL level.

In The Globe on Saturday, Dryden wrote that maybe real change will only come when a Mothers Against Drunk Driving (MADD) dynamic manifests itself into Mothers Against Head Hits (MAHH).

Every little bit helps, I suppose.

But I have felt for some time now that until the NHL players who play the game -- the ones who take the blows to the head and the ones who administer the blows to the head -- or the Association that represents them take up this cause with greater vigor, or there is some other external (non-NHL) impetus, not a lot is likely to change any time soon.

Dryden himself obviously knows the lay of the land, too. His inscription in books he's signed and personalized -- going to those who have dedicated themselves in the field of brain injury -- is as follows: "And now the work continues -- and begins."

In any case, I highly recommend Game Change, to learn of who Steve Montador was and how he lived and died, all of it framed by Dryden within the larger context of an issue that is not going away even if some of us have grown weary of talking about it.