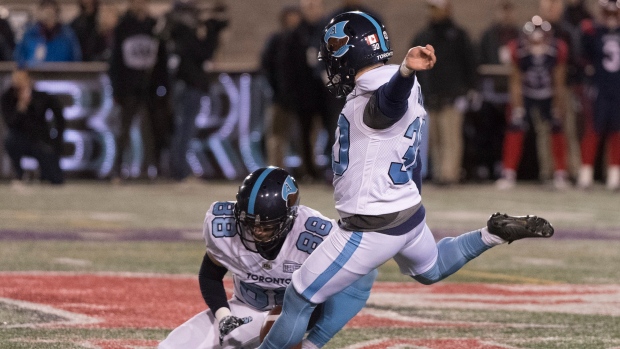 The Toronto Argonauts and Montreal Alouettes exchanged kickers on Thursday.

The Boatmen shipped Tyler Crapigna to the Als in exchange for Boris Bede.

A native of Nepean, Ont., Crapigna spent the first three seasons of his Canadian Football League career with the Saskatchewan Roughriders.

A kicker-punter, Bede, 30, spent the past five seasons with the Als.

A native of Toulon, France, Bede converted on 31 of 35 field-goal attempts in 2019 and led the league in kickoff yards with 5,772. Bede also finished third in punt average among punters with at least 100 attempts.