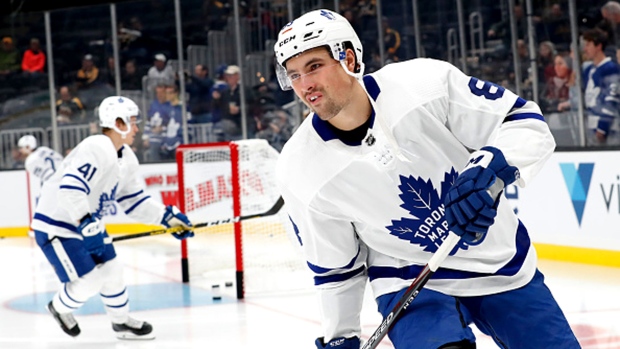 Toronto Maple Leafs defenceman Cody Ceci will be "out for a while" with an ankle injury, GM Kyle Dubas said Thursday.

Ceci was injured in the Leafs' 5-3 loss to the New York Rangers on Wednesday.

In 54 games for the Leafs this season, Ceci has one goal and seven assists.

In other Leafs injury news, goalie Frederik Andersen skated Thursday with goalie coach Steve Briere while the rest of the team had an off day. Dubas said, however, that the goaltender is doubtful to play Friday against the Anaheim Ducks.

"Status is just continuing to work through the injury and see where he's at, but we won't have any idea until after he's off [the ice] and how he's feeling and I'd say unlikely for tomorrow but we'll see after," Dubas said.

Andersen was injured in the team's loss to the Florida Panthers on Monday.