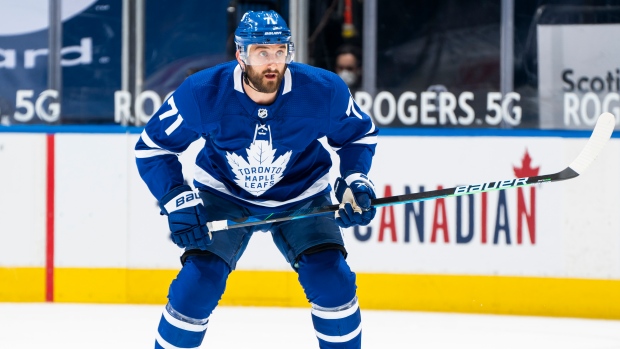 Keefe said a decision on Foligno's status for Game 6 will come Saturday after the forward missed the previous three games.

The head coach added that defenceman Travis Dermott may draw in for Game 6, after sitting out for the fourth time in the series on Thursday. Dermott played Game 4, replacing Rasmus Sandin, who was minus-2 in just 6:11 ice time in Game 5.

The 33-year-old Foligno has been dealing with a lower-body injury.

Foligno had an assist in the first two games of the series. He had seven goals and 13 assists in 49 games during the regular season split between the Columbus Blue Jackets and Leafs.

The Maple Leafs enter Game 6 with a 3-2 series lead.