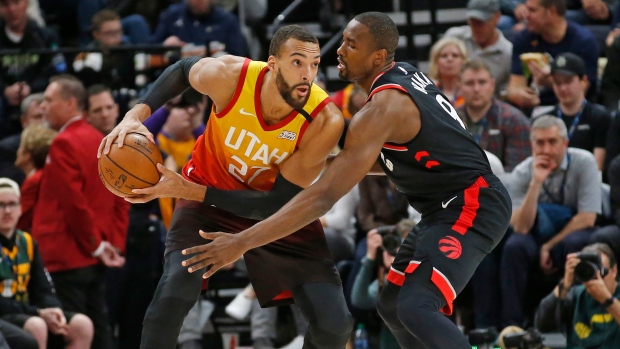 TORONTO — The Toronto Raptors have received a clean bill of health.

All players and staff received negative results from their COVID-19 tests, the team said in a statement on Saturday.

"Those who have been told to self-isolate will continue to do so," the statement said. "We will all continue to practise social distancing, diligent handwashing, and we will carefully monitor our health. We remain in close contact with public health authorities and infectious disease experts."

The Raptors underwent testing for the novel coronavirus after learning that a player on the Utah Jazz, a team they recently faced, had the virus.

They received all but one test result on Friday, and received news of the one outstanding test Saturday.

The team said the negative results wouldn't alter their protocols, and those asked to self-isolate by Toronto Public Health would continue to do so.

Toronto played the Jazz in Salt Lake City on Monday, the team's last game before the season was halted. Gobert and Mitchell both played in that game.

NBA commissioner Adam Silver said Thursday night that the league's hiatus because of the coronavirus pandemic will likely last at least a month, or roughly what would have been the remainder of an uninterrupted regular season.

The 30-day minimum hiatus would mean no games until at least April 10.

This report by The Canadian Press was first published March 14, 2020.