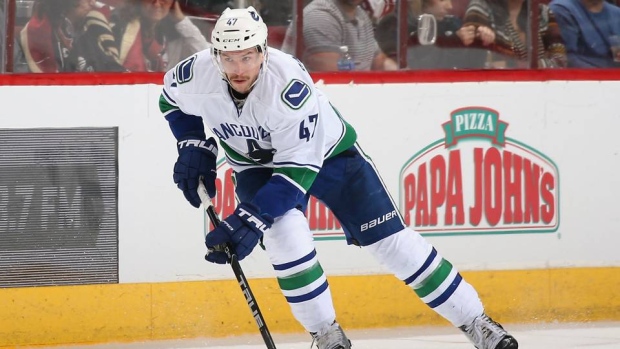 Sven Baertschi will not be rejoining the Vancouver Canucks this season.

#Canucks forward Sven Baertschi is opting out of NHL's return.

GM Jim Benning: "Sven informed us late yesterday that he has chosen to opt out of the NHL return to play program. It was a difficult decision but ultimately one we respect and understand."

Canucks general manager Jim Benning told reporters Saturday that Baertschi informed the club on Friday he has chosen to opt out of the NHL's Return to Play.

"It was a difficult decision but ultimately one we respect and understand," Benning said.

Baertschi spent most of the 2019-20 season with the Utica Comets, appearing in 43 AHL games and posting 13 goals and 33 assists. He appeared in six games with Vancouver, registering two assists.

Play is scheduled to resume in two hub cities -- Toronto and Edmonton -- beginning on Aug. 1. The Canucks went into the NHL's pause at 36-27-6 and will take on the Minnesota Wild during the play-in round.

Their first game is currently schedule to take place on Aug. 2 in Edmonton.