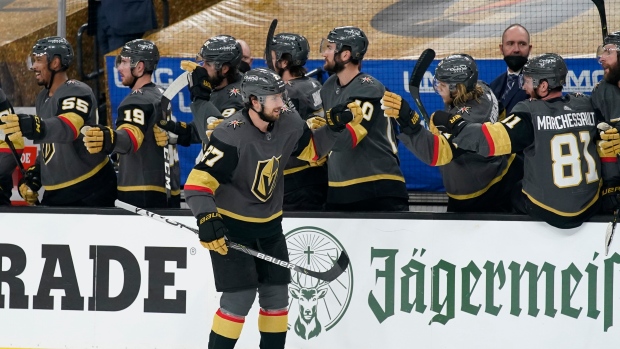 The Vegas Golden Knights lead the Montreal Canadiens 1-0 at the end of the first period in Game 1 of their Stanley Cup semi-final series.

Shea Theodore got the marker for the home side, beating a screened Carey Price up high on a point shot for his first goal of the playoffs.

The Golden Knights registered nine shots, while Montreal tallied 12 in the opening frame. Game 1 grew chippy toward the end of period with multiple after the whistle dust-ups.

Vegas ended the period with about 20 seconds remaining on the power play after Phillip Danault drew the first Montreal penalty of the game.

Monday's game took place in front of a full capacity crowd at T-Mobile Arena, located on the southwest side of the Las Vegas strip.

Game 2 will go Wednesday night in Vegas before shifting back to Montreal for Game 3 on Friday.