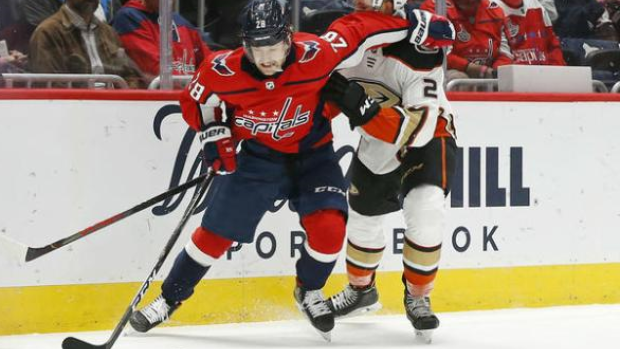 Washington Capitals forward Brendan Leipsic has apologized for comments he made in an Instagram group chat that have leaked to the public.

In a statement Leipsic said, "Yesterday my friend's Instagram account was hacked and an individual circulated images that are representative of private conversations I was a part of." Adding, "I fully recognize how inappropriate and offensive these comments are and sincerely apologize to everyone for my actions."

"I am committed to becoming a better person by taking time to determine how to move forward in an accountable, meaningful way. I am truly sorry."

Screenshots of the Instagram group chat involving Leipsic began to surface on Twitter on Wednesday afternoon. Those images displayed conversations involving misogynistic and rude comments about different women and players in the NHL, with Leipsic taking part in the discussions.

The Washington Capitals released a statement about the comments, "We are aware of the unacceptable and offensive comments made by Brendan Leipsic in a private conversation on social media. We will handle this matter internally."

"The National Hockey League strongly condemns the misogynistic and reprehensible remarks made by players Brendan Leipsic and Jack Rodewald in a private group chat that has surfaced on social media. There is no place in our League for such statements, attitudes and behaviour, no matter the forum. We will address this inexcusable conduct with the clubs and players involved."

Leipsic, 25, has spent time with five different NHL organizations since 2015, including six games for the Toronto Maple Leafs in 2015-16.