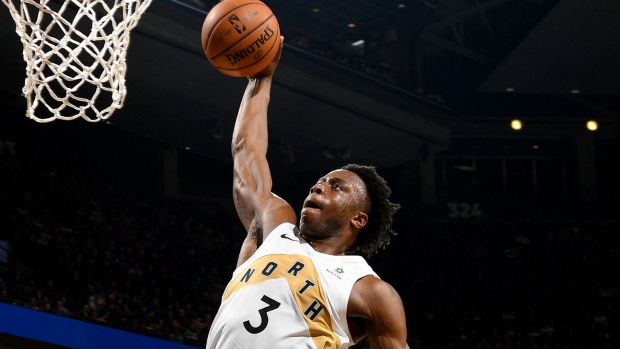 In Part I of our training camp preview series we looked at how an abbreviated off-season could affect the Raptors’ returning veterans and whether budding star Pascal Siakam is ready to take another big step in becoming the next face of the franchise.

With Kawhi Leonard gone and without a big-name addition to replace his production, Toronto will have to rely on the internal growth of its young players. Outside of Siakam, who will be leaned on heavily, Part II focuses on some of the complimentary pieces the Raptors need more from in 2019-20.

Will Anunoby bounce back (or even break out) in his third season? 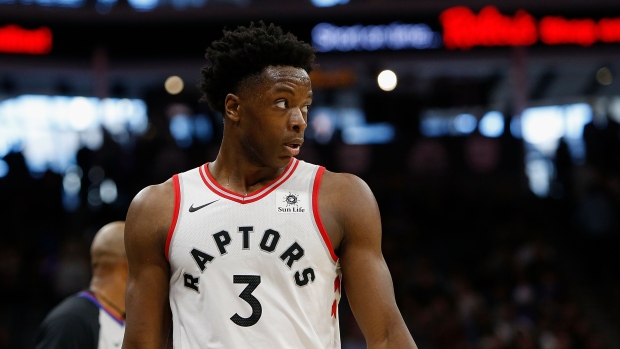 The Raptors strongly believed OG Anunoby was poised to break out as a sophomore a year ago. To keep things in perspective, that doesn’t mean they were expecting a massive Siakam-like leap, but they projected big things from their young forward entering his second pro season.

They were so high on him that they refused to include him in the Leonard trade with San Antonio last summer and told other inquiring teams he was unavailable.

The setup was there. Anunoby, the 23rd-overall pick in 2017, fell to the Raptors at the draft in large part because he had torn his ACL five months earlier. Remarkably, he recovered in time to play on opening night, but he was never 100 per cent healthy as rookie.

Last season was supposed to be his coming-out party, now that he finally had his lift back and some NBA experience under his belt. Instead, it was a difficult one – on and off the court.

Anunoby’s father passed away in training camp. He was away from the team on three occasions, including twice during the season, to be with his grieving family. Then a series of freak injuries hit. He missed time with eye and wrist ailments, suffered a concussion, and needed an emergency appendectomy on the eve of the playoffs, costing him his entire postseason. All the while he also had to get used to a new role, coming off the bench after starting for most of his rookie season.

To little surprise, given all the adversity he faced, his performance took a hit. He showed some flashes in the second half of the year, particularly on the defensive end, but it was a disappointing season overall.

The Raptors remain high on him and are committed to figuring out what they have in the 22-year-old forward, especially in a transition season. The opportunity should be there, with the departure of a couple starters – Leonard and Danny Green – freeing up more than 60 minutes per game on the wing. But can he take advantage of it?

After losing a significant amount of weight following his surgery last spring, Anunoby has spent the summer getting his conditioning back and working on his jump shot, which fell off last year. Unlike the other returnees, there’s little fear of being overworked from the long title run and abbreviated off-season. He should be fresh and ready to go.

He’ll compete with newcomers Stanley Johnson and Rondae Hollis-Jefferson for the vacant starting small forward gig in camp, and could have the advantage in that battle given his experience with the team and the organization’s investment in him.

He’s obviously not going to replace Leonard and it’s not fair to expect him to take a Siakam-sized step forward, but if he can stay healthy and make steady improvements this season – regardless of his role – it would be a boon to the Raptors’ present and future.

Is VanVleet more than a sixth man? 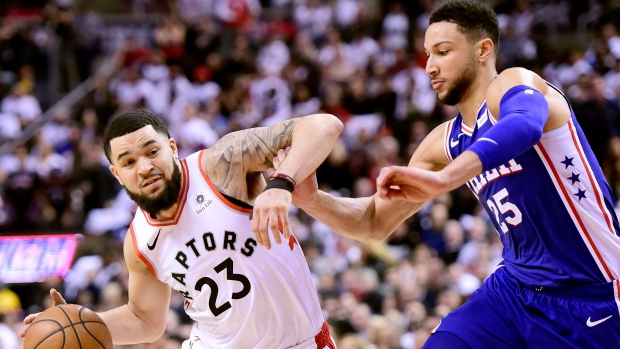 Fred VanVleet has established himself as one of the best and most valuable reserves in the NBA over the past couple years.

He finished third in voting for the league’s Sixth Man of the Year Award in his breakout sophomore season. Despite battling injuries for most of last season, he was at his absolute best when the team needed him most, coming off the bench to play a vital role during the Raptors’ title run and even earning a vote for Finals MVP.

It’s no secret that VanVleet has higher aspirations than being a super sub. At risk of being typecast, the 25-year-old point guard has made it clear: while he’s a good solider and will do whatever’s asked of him, he wants to be a starter. That’s something he first expressed publicly after signing his two-year, $18 million deal in the summer of 2018, which expires following this season.

The problem, if you can call it that: VanVleet is being blocked by a five-time all-star and arguably the best Raptor ever, who just so happens to play his position. Still, the team did what they could to accommodate VanVleet last season, while also evaluating whether he could fill the role on a full-time basis.

VanVleet, who had never started a regular-season game prior to last year, started 28 in 2018-19 – half of them in place of Kyle Lowry and half alongside him in the backcourt. The results were encouraging.

Now that Green is with the Lakers, VanVleet – and not Norman Powell, a more conventional two-guard – should be considered the favourite to start more games at that spot this season.

That’s a small backcourt and it may not work in some matchups, but you can get away with it more often than not now that so many teams are regularly using units with multiple point guards. Both Lowry and VanVleet play bigger than their height and can hold their ground defensively, plus the Raptors would have size on the floor at the other three positions.

Most importantly, head coach Nick Nurse loves that pairing and might need another capable (and willing) shooter with a first unit that’s losing a combined 26.7 field goal attempts per game from last season (10.4 of them from beyond the arc).

Given Nurse’s preference to keep his starting lineup fluid, it wouldn’t be a surprise to see him platoon VanVleet and Powell, like he did with his centres last year (Serge Ibaka and Jonas Valanciunas, then Ibaka and Marc Gasol) and planned to do with Siakam and Anunoby at power forward before the former ran away with the job.

Assuming VanVleet gets first crack at starting, which seems like a safe bet, it’s certainly possible he runs away with it as well.

Lowry will turn 34 in March. With both guards set to hit the open market next summer, the Raptors need to see if VanVleet can grow into his eventual successor.

What will the rotation (and the roster) look like? 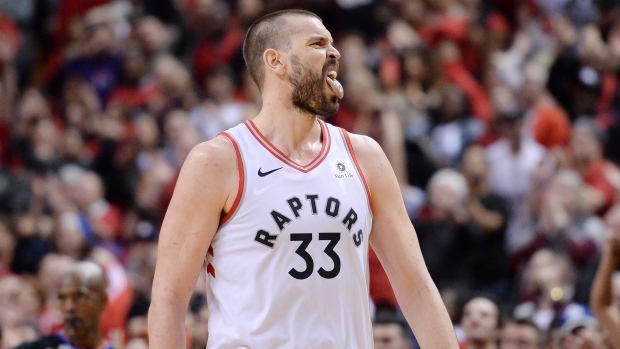 This figures to be the most competitive training camp the Raptors have held in years. They go into it with only two real locks for the starting lineup – Lowry and Siakam.

Gasol is the presumed starter at centre after holding that role late last season and throughout the playoffs. However, it wouldn’t a surprise to see Nurse go back to the platoon with Ibaka, especially early in the year as they try to manage the 34-year-old’s minutes.

The two bigs shared the position after Gasol was acquired from Memphis at the deadline, but Ibaka eventually bought into coming off the bench – a role he might be less inclined to accept on a full-time basis now that Toronto isn’t a contending team. For what it’s worth, Raptors officials have spoken to Ibaka about the upcoming season and the various roles he could play – platooning with Gasol or coming off bench as the five, or occasionally at the four – and don’t expect it to be an issue.

As discussed above, VanVleet and Powell are the primary candidates to start at the two, with undrafted rookie Terence Davis potentially getting a look, while Anunoby, Johnson and Hollis-Jefferson compete for minutes at small forward.

Nurse used 22 different starting lineup combinations last season after Dwane Casey used just 12 the year before. In part, that was a result of injuries, Leonard’s load management and the mid-season trade that brought Gasol to Toronto, but it also speaks to the way in which Nurse likes to manage his rotation. It’s highly unlikely that he’ll settle on a group of five and stick with them for any significant amount of time, especially early. Expect at least a couple positions to remain fluid.

Once again, Nurse will tinker and experiment with his rotation, this time with more of an eye and an emphasis on the future.

Toronto will go into camp with 12 players under guaranteed contracts, each of whom could factor into the rotation at some point this season: Lowry, VanVleet, Anunoby, Siakam, Gasol, Ibaka, Powell, Johnson, Hollis-Jefferson, Davis, Patrick McCaw and Matt Thomas.

Forwards Devin Robinson, Oshae Brissett and Sagaba Konate round out the Raptors’ 20-man camp roster. They’re all on Exhibit 10 deals and will compete for the team’s two two-way spots.

How good can they be? 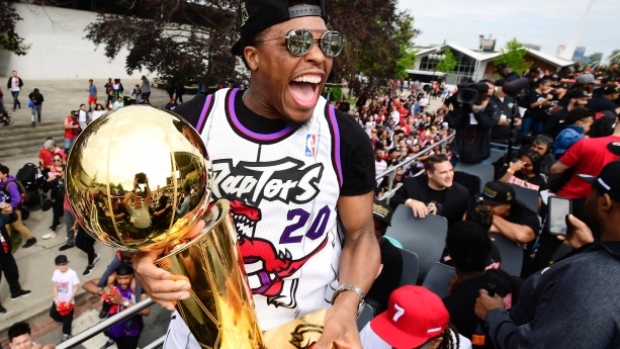 Obviously, things have changed. This year’s goal is different and so are the expectations.

Last season the goal was to keep Leonard healthy and happy and, above all else, come out of the East and compete for a championship. They exceeded it by winning the whole damn thing.

Internally, the team’s short-term priorities shifted the moment Leonard agreed to sign with the Clippers. They still want to win championships, of course, but understanding that you need a top-five-calibre player to do that in the NBA, they’ve adopted more of a long-term view. Maybe Siakam will develop into that player over time. Maybe they’ll acquire one in the coming years.

For now, they look the part of a very good team in what could be a very forgiving conference. They’ll almost certainly take a step back offensively but they still have the talent, length and versatility to be special on the defensive end.

The goal is still to win a lot of games and go as far as possible, but there’s a ceiling on them now. It shouldn’t be much different than the ceiling on those pre-trade, DeMar DeRozan-led Raptors teams: 48-plus wins, a top-four seed in the East, winning a round or two in the playoffs. Barring injury or rotation-altering mid-season trade, that seems to be a reasonable expectation.

However, compared to last year, there will be more of an emphasis on process and less on the result. That’s what this season will be about, as much or more than wins and losses – Siakam’s trial by fire, Anunoby’s development and VanVleet’s audition. Will the veteran trio of Lowry, Ibaka and Gasol finish the season in Toronto? Will any of their value signings – Johnson, Hollis-Jefferson, David or Thomas – prove to be a diamond in the rough?