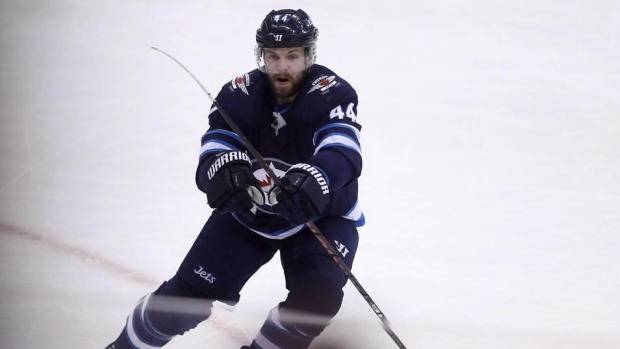 The deal will carry an average annual value of $6.25 million starting next season and run through 2027-28.

Morrissey, who has one season left on his current contract at a $3.15 million cap hit, told the Winnipeg Free Press last week he wanted to sign long-term with the Jets.

"We've chatted a little bit throughout the last couple of weeks and throughout the summer," Morrissey said. "It's exciting. But at the same time, throughout that span, I'm really just focused on preparing for the season and if something happens to get done, that would be awesome. I'm sure it will all be figured out in due time.

"I just feel like (Winnipeg) is a great fit for me as a player and a person."

The 24-year-old signed a two-year contract as a restricted free agent last summer and posted six goals and a career-high 31 points in just 59 games this past season. He added one assist in six playoff games.

Morrissey is now one of six players on the Jets signed through 2023-24, though he is the only player on the roster signed beyond 2024-25, when Nikolaj Ehlers' contract is set to expire. He is also the only defenceman on the team signed beyond next season.

The Jets still have two restricted free agents in need of new contracts for this season in Patrik Laine and Kyle Connor.