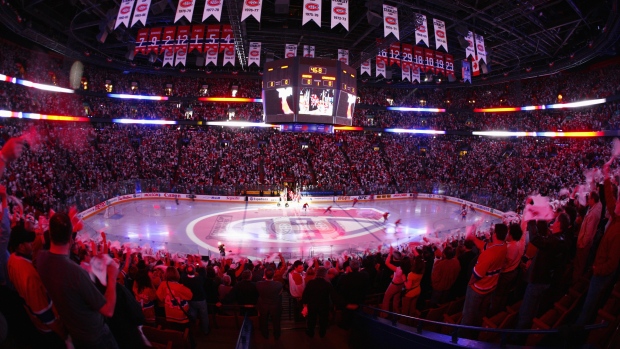 MONTREAL -- The Montreal Canadiens say they will be allowed to have full capacity at the Bell Centre sooner than expected.

Quebec's government had earmarked March 14 as the return to 100 per cent capacity in venues across the province, but the timeline was moved up on Wednesday.

That means the Habs will be allowed to fill their arena to capacity when they host the Seattle Kraken on March 12.

It will be the first time Montreal has had a capacity crowd in three months.

Proof of vaccination will no longer be required for fans attending games at the Bell Centre.

Fans will, however, still be required to wear face coverings at all times while not actively eating or drinking.

This report by The Canadian Press was first published March 2, 2022.