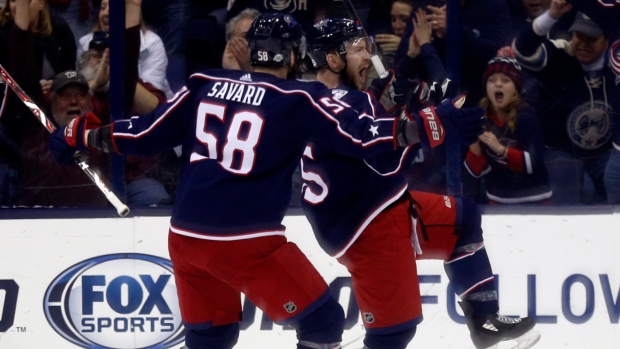 The team on Thursday signed the 33-year-old forward to a two-way contract for this season after he spent the end of last season on the Blue Jackets' roster. He was assigned to the AHL's Cleveland Monsters to start the season.

Letestu played for Columbus from 2011 to 2015. He was picked up at the trade deadline last season and contributed to the team's playoff run.

The Elk Point, Alberta, native tallied nine goals and 14 assists in 80 games with the Edmonton Oilers and Blue Jackets last season, including a goal and three assists in 20 appearances with Columbus after being acquired on Feb. 25.

The Blue Jackets open the season Oct. 4 at Detroit.