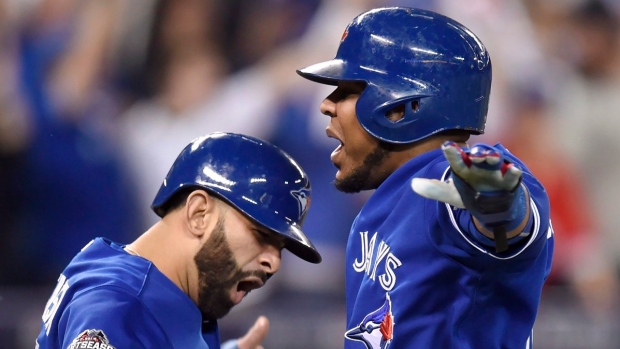 The contracts are worth $17.2 million over one season. The Jays will receive a draft pick in compensation if either player decides to reject the offer and signs with another team.

Both Bautista and Encarnacion became free agents last Thursday morning following the conclusion of the World Series, and the Blue Jays have an exclusive negotiating window that expires at 12:01am on Tuesday morning. At that point, MLB free agency officially opens and players can sign with any team.

Encarnacion, 33, had one of the best seasons of his career in 2016, hitting .263 with 42 homers and 127 RBIs over 160 games. He made $10 million this season, and his agent Paul Kinzer told TSN's Rick Westhead on Monday he believes that Encarnacion is worth as much as $125 million over five years on the open market.

The Jays decided not to extend qualifying offers any of their other free agents, including Canadian outfielder Michael Saunders and pitchers R.A. Dickey and Brett Cecil.