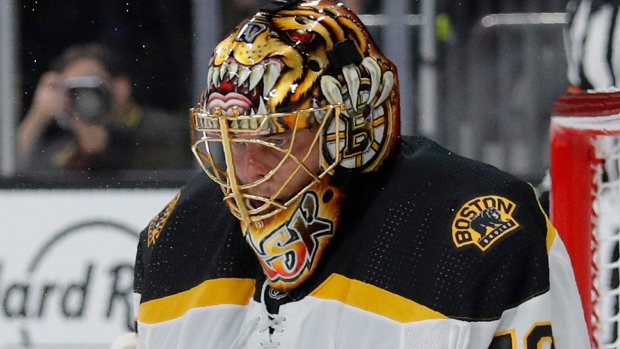 Fresh off re-joining the Boston Bruins, Tuukka Rask is set to make his first start in more than six months against the Philadelphia Flyers on Tuesday.

The goaltender signed a prorated one-year, $1 million deal through the remainder of the season on Tuesday. The deal, which was signed shortly after Rask was released from his professional tryout with the AHL's Providence Bruins, will see Rask earn $545,000.

Cassidy: "Our intention is to start Tuukka tomorrow."

Rask signed with the AHL Bruins last week, but did not appear in a game with the team.

The 34-year-old has yet to return to game action after undergoing hip surgery in June. He spent the season playing out the last of an eight-year, $56 million deal signed with Boston in 2013.