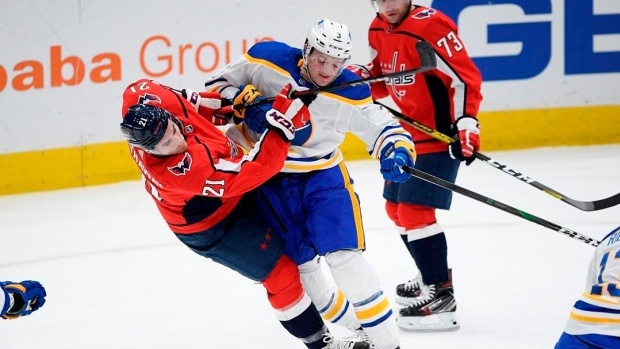 Borgen had the fracture surgically repaired on Tuesday, the team announced hours before it completes a four-game road trip at New Jersey. The rookie was hurt during a 3-2 win at New Jersey on Saturday.

The 24-year-old Borgen has no points in four games this season.

The news of Borgen’s injury comes a day after the Sabres announced that veteran defenceman Jake McCabe will miss up to eight months after tearing two ligaments and damaging the meniscus in his right knee against the Devils.

Buffalo is already playing without top defenceman Rasmus Ristolainen, who remains out indefinitely while recovering from the aftereffects of testing positive for COVID-19 three weeks ago.

The Sabres are 1-5 in their past six games and coming off a 3-2 loss at the New York Islanders on Monday night.