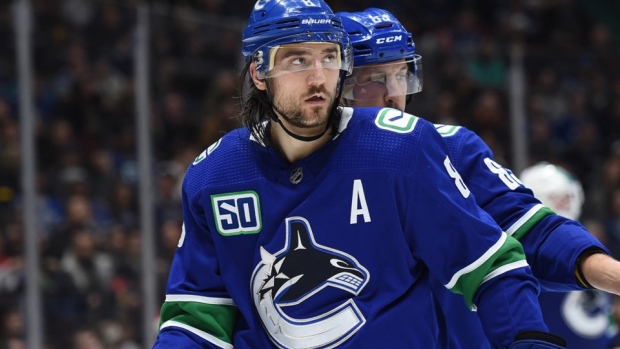 The 30-year-old has 22 goals and 118 points in 514 career NHL games, all with the Vancouver Canucks, to go along with 10 points (one goal, nine assists) in 33 post-season contests.

Tanev signed as an undrafted free agent with the Canucks in May 2010 after one season at the Rochester Institute of Technology.

Tanev's hard-nosed style led to a number of injury problems in recent years, but he suited up for all 69 games with the Canucks playing alongside rookie phenon Quinn Hughes before the 2019-20 campaign was shuttered in March because of the COVID-19 pandemic.

The Flames signed the Toronto native the same day former blue-liner T.J. Brodie agreed to a four-year, $20-million contract with the Maple Leafs.

This report by The Canadian Press was first published Oct. 10, 2020.