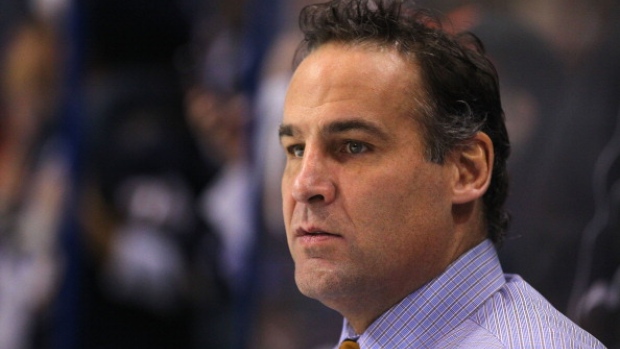 Mellanby, 55, had 364 goals and 476 assists in 1,431 regular-season games over 21 years in the NHL. He was the assistant general manager for the Montreal Canadiens from 2014 until he resigned in November.

Davidson was elevated to the interim job after longtime general manager Stan Bowman resigned in October in the wake of a report by an outside law firm that found the organization mishandled allegations that an assistant coach sexually assaulted a player during the team’s Stanley Cup run in 2010.

The report also played a role in the departure of Al MacIsaac, another of Chicago’s top hockey executives, and the NHL fined the team $2 million for “the organization’s inadequate internal procedures and insufficient and untimely response.”

Former Blackhawks forwards Eddie Olczyk, Marian Hossa and Patrick Sharp are helping the team with its GM search, and CEO Danny Wirtz has said the organization plans to interview candidates “both inside and outside of hockey.”