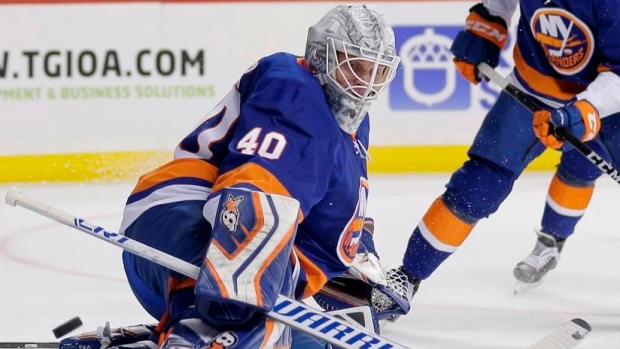 The Chicago Blackhawks have signed goaltender Robin Lehner to a one-year, $5 million contract, according to TSN Hockey Insider Bob McKenzie.

Lehner was a finalist for the Vezina Trophy and won the Bill Masterton Memorial Trophy last month.

Lehner was originally drafted 46th overall in the second round of the 2009 NHL Draft by the Ottawa Senators. After playing for the Senators for five seasons, Lehner was traded to the Buffalo Sabres in June 2015.

The Swedish goaltender is coming off a one-year, $1.5 million contract that he signed with the Islanders in July 2018.