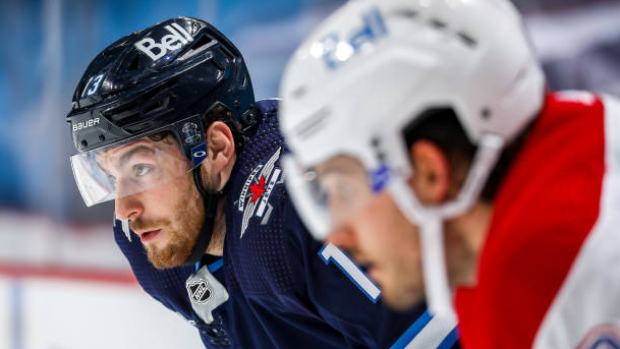 Having already made one major trade with a U.S.-based team this year, Winnipeg Jets general manager Kevin Cheveldayoff said Monday the 14-day quarantine for players entering Canada won't prevent him off from trying to make a deal over the next four weeks.

Cheveldayoff, who acquired Pierre-Luc Dubois in January in a deal that saw Patrik Laine head the other way, added that the looming quarantine would not force him to act earlier this season.

The Jets currently sit second in the North Division, four points back of the Toronto Maple Leafs with two games in hand. Given his team's success this season, Cheveldayoff stated that he is open to being a buyer ahead of the playoffs.

“They’ve shown a lot of different resilience throughout this pandemic,” he said. “Certainly coming together as a team when you’re trying to stay six feet apart is a difficult challenge. But this is a good group, they have a lot of fun playing the game. And if there’s an opportunity to make this group better, I’m certainly going to take a look at it.”

Larry Brooks of the New York Post writes the Rangers are facing a tough decision on the future of the team's leading scorer this season, Pavel Buchnevich.

The 25-year-old has eight goals and 22 points in 26 games this season, sharing the team's point lead with Artemi Panarin. Set to be a restricted free agent this summer, Brooks wonders if Buchnevich has played his way off the trade block or priced himself out of the Rangers' future.

Brooks believes Buchnevich would command a salary of roughly $5.5 million on a long-term deal this summer, leaving the Rangers to decide whether there's more risk in paying him then or trading him now.

In Monday's Leafs 3-in-3, TSN's Mark Masters questioned whether the Toronto Maple Leafs should look to add a goaltender ahead of the trade deadline to strengthen their playoff chances.

Masters noted that Frederik Andersen has dealt with injuries this season and has never won a playoff series in Toronto, while backup Jack Campbell has been sidelined for most of the season with a leg injury. Behind those two, the Leafs have Michael Hutchinson, who was pulled on Sunday after allowing two goals on three shots.

Watch the full segment below: