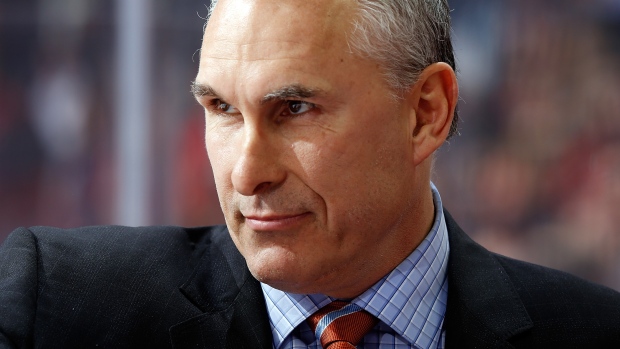 The St. Louis Blues have signed head coach Craig Berube to a three-year extension, the team announced on Wednesday. The contract will keep Berube with the Blues through the 2024-25 season.

BREAKING NEWS!!! Craig Berube has signed a three-year contract extension, keeping him behind our bench through the 2024-25 season. https://t.co/eioXEt6W5p #stlblues

"I've enjoyed working with (General Manager) Doug Armstrong and (Chairman) Tom Stillman, working with the coaching staff and training staff and all the players we have here," Berube said. "Why would I want to go anywhere else? I love it here."

Berube is currently in his fourth season with the Blues, after being hired in 2018 posting a 133-72-30 regular season record. He ranks seventh in Blue history in games coached and fourth in wins.

He led the franchise to it's first Stanley Cup Championship in 2018-19.

"I came in here four years ago and we've had great success here," Berube said. "We have a chance to win again. I think that Doug does everything he can to put a winning team on the ice, and as a coach, I think that's a great thing.

"I really enjoy St. Louis, I enjoy the fan base and it's a great organization."