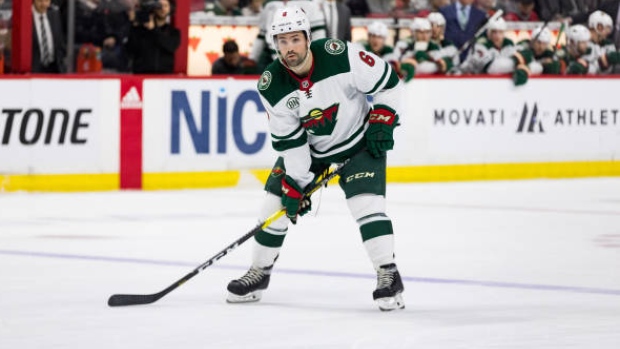 The New Jersey Devils have acquired defenceman Ryan Murphy from the Minnesota Wild in exchange for defenceman Michael Kapla.

Murphy, 25, signed as a free agent with the Wild on July 1, 2017 and has appeared in 23 NHL games over two seasons with the team, recording five points (two goals, three assists).

He has 15 points (three goals, 12 assists) in 35 games with the AHL's Iowa Wild this season. Murphy will report to the AHL's Binghamton Devils.

Murphy was originally drafted in the first round (12th overall) of the 2011 NHL entry draft by the Carolina Hurricanes.

Kapla has played five NHL games in his career, but has spent the last two seasons in the minors with the Binghamton Devils.