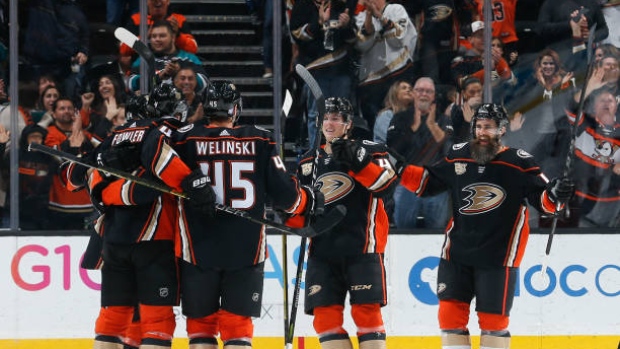 ANAHEIM, Calif. — Anaheim has approved a deal that will keep the Ducks in the local Honda Center through at least 2048.

The City Council on Tuesday approved a deal that extends the current Ducks agreement, which ends in 2023, by 25 years. The deal also permits up to five additional five-year extensions.

The team also promises to continue featuring Anaheim in its name.

The Ducks are owned by Anaheim Arena Management, which operates the city-owned stadium.

The agreement sells the company 16 acres of nearby land to develop for $10 million as long as parking is still provided. The city also gets a larger cut of arena revenues.

Team owners Henry and Susan Samueli issued a statement saying they're thrilled that the Ducks have "a strong and secure future in Anaheim."