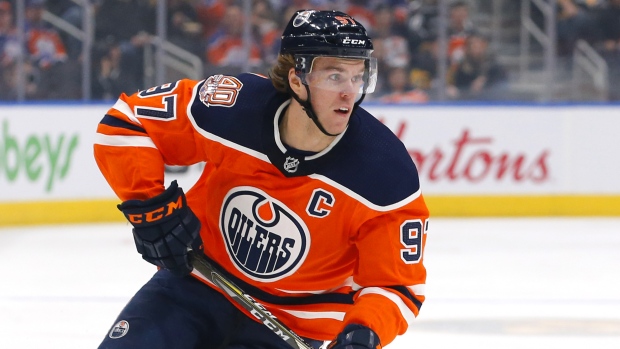 McDavid had two goals and five assists, including a league-best five power-play points, in three games to help the Oilers (5-0-0) win each of their first five games of a season.

McDavid registered his 15th career three-assist game in a 5-2 win over the New York Islanders Oct. 8, then collected two points in a 4-3 shootout victory against the New Jersey Devils Oct. 10. He capped the week with the winning goal and an assist in a 4-1 victory over the New York Rangers Oct. 12.

Laine led the NHL with eight points (two goals and six assists) as the Jets (4-3-0) picked up a trio of wins.

Crosby had three goals and four assists in four games to help the Penguins (4-2-0) close the week on a three-game winning streak.