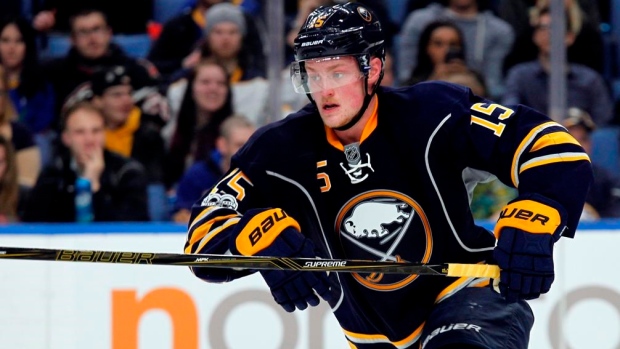 The Buffalo Sabres forward Jack Eichel was spotted carrying a stick and walking without a protective boot on Wednesday, but head coach Phil Housley said there's been no change in his status.

The Sabres have been without their leading scorer since he sustained a high-ankle sprain against the Boston Bruins on Feb.10.

He was given a four-to-six timeline for recovery, though Housley said Wednesday there are no guarantees on when Eichel will return.

"We haven't had any updates," Housley said. "We're just going to see how this progresses. It's a tough injury. You never know how you're going to react or come out of it. We're just going to let it settle down. It's still in the situation it was before."

Buffalo has gone 1-2-1 since his injury and will visit the Detroit Red Wings on Thursday.