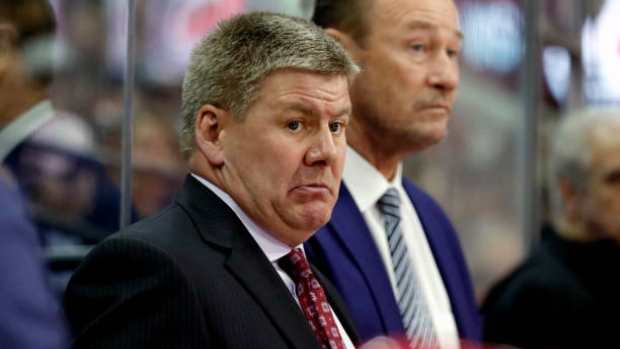 GLENDALE, Ariz. — Calgary coach Bill Peters needed eight stitches in his left jaw after being hit with a puck during the Flames' 6-1 victory over the Arizona Coyotes on Sunday.

Peters left for about 10 minutes of game time in the second period before returning.

He was hit with 16:23 left in the period and was helped to the locker room, holding a towel over his jaw. He returned without a bandage with 5:07 to play.

"I think it's going to hurt more tomorrow, right?" Peters said after the game, the nasty cut and stitches clearly visible. "One of those things. There's not a lot of room up there, you've got to be paying attention. ... They did a good job, got me stitched up and back to work. ... Hopefully, it's the last time, but I doubt it."