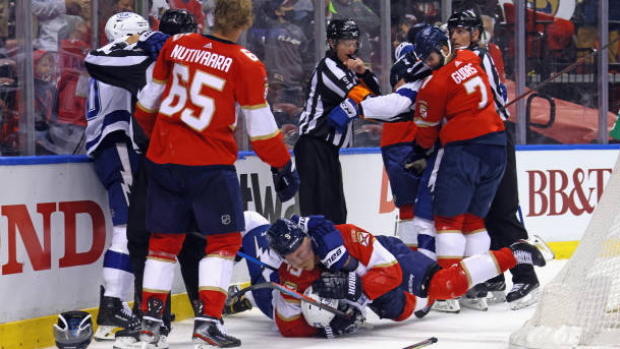 Florida’s Sam Bennett has been suspended for one game for Boarding Tampa Bay’s Blake Coleman. https://t.co/sQgkaojSGh

Bennett received a two-minute minor for charging after delivering a hit on Coleman in the Panthers in end in the third period of Sunday's Game 1. The Panthers, who were up 4-3 at the time of the hit, allowed a goal on the ensuing power play.

Coleman was not injured on the play and finished Game 1 without a point in 15:09 of ice time. He had 14 goals and 31 points in 55 games with the Lightning during the regular season.

Game 2 of the best-of-seven first-round series is scheduled for Tuesday.