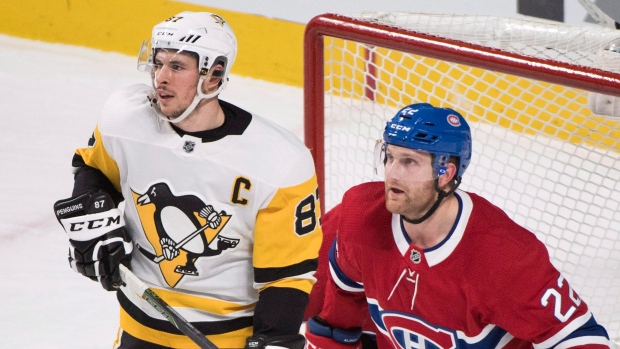 Alzner was assigned to the AHL's Laval Rocket on Tuesday, one month after his 622 regular-season game ironman streak that came to an end when he was scratched for the Canadiens season opener in October.

"What’s happening is agent JP Barry is working with Habs GM Marc Bergevin to possibly find him a new home," LeBrun said Tuesday on Insider Trading. "It won’t be easy with that contract, but perhaps the Habs can eat some of it or take a contract back, or the Habs trade another defenceman and make room again for Alzner. Either way, JP Barry has clearance to speak directly to other teams."

Alzner, who is in the second season of a five-year, $23.125 million contract, carries the third largest cap hit ($4.625 million) among Canadiens defencemen and the sixth-highest salary on the team. Canadiens head coach Claude Julien said Monday Alzner was waived because the team was concerned that a defenceman with a lower salary would be claimed.

“His future’s not gone with us,” Julien explained. “It was more a question of who could we not lose. Right now, there are a lot of teams that are really struggling on the back end with injuries and stuff like that.

“We got some guys that are cap friendly that would be easily picked up had they been put on waivers. We were protecting ourselves because we want to keep our depth and Karl was the guy, because of his contract, we felt would be the least [likely] to be picked up right now of the guys [to] put on waivers. We hope to keep him.”

Alzner has an assist and a plus-2 rating in eight games this season, while averaging 17:36 of ice time.

The fifth-overall pick in the 2007 NHL Draft, Alzner last appeared in an AHL game during the 2009-10 season.