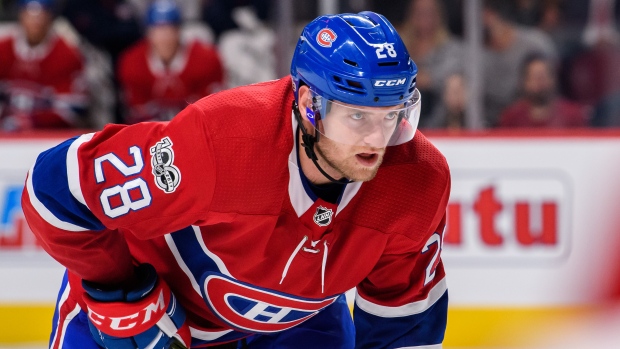 The Montreal Canadiens have traded defenceman Jakub Jerabek to the Washington Capitals for a 2019 fifth-round pick.

Jerabek, 26, has one goal and four points in 25 games this season with a minus-1 rating. He last dressed for the Canadiens on Feb. 1.

“I want to thank the Montreal Canadiens for everything," Jerabek said in a statement released by his agent Allan Walsh on Wednesday. "They offered me my first NHL contract and gave me an opportunity to play in the NHL. I wish them all the best. I’m excited to be joining Washington and look forward to getting started with my new team.”

He signed with the Canadiens in May 2017 after a breakout season in the KHL. He scored five goals and posted 34 points in 59 games with Podolsk Vityaz as a KHL rookie last year.

Prior to debuting in the KHL, Jerabek spent eight seasons playing in the Czech Republic league with his hometown club Plzen HC.

Jerabek is scheduled to become a free agent on July 1 and TSN Hockey Insider Pierre LeBrun notes the Canadiens could make a play to bring him back if he hits free agency.

Worth pointing out on Jerabek, don't rule out the possibility of the Habs circling back to him on July 1....

Jerabek is the second defenceman to join the Capitals this week. The club acquired Michal Kempny from the Chicago Blackhawks on Monday for a 2018 third-round pick.

The Capitals lost defenceman Taylor Chorney to the Columbus Blue Jackets on waivers earlier on Wednesday.