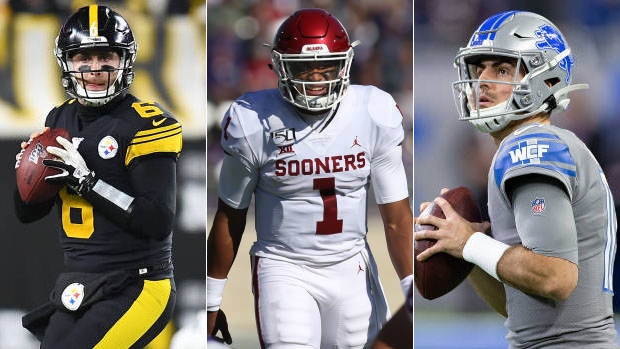 Hurts, who led the Oklahoma Sooners to their fifth consecutive Big 12 Conference title this season, is on the Hamilton Tiger-Cats’ list and is expected to be a first-round pick in the NFL draft next season.

“Duck” Hodges appeared on the Ottawa Redblacks’ list. Hodges, who was signed as an undrafted free agent out of Samford, has started four games for the Steelers this season in relief of the injured Ben Roethlisberger. He has a 3-1 record as the starter.

CFL bylaws state that teams can claim exclusive CFL rights for up to 45 players by placing them on their negotiation lists. Of these 45 players, teams must reveal 10 names twice per year. Players can be added, removed, or traded from lists at any time.

Full lists can be seen below: