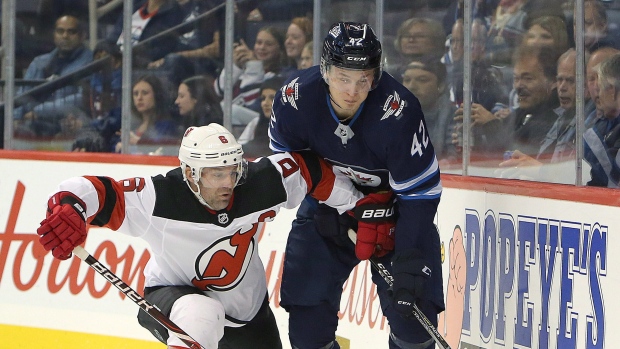 The Winnipeg Jets have called up prospect forward Kristian Vesalainen from the AHL's Manitoba Moose.

This news comes one day before his European out clause was set to kick in on Nov. 17.

Vesalainen, 19, has three goals and five assists for eight points in eight games in the AHL. He had one assist in five games with the Jets earlier this season.

The Jets drafted Vesalainen in the first round (24th overall) in the 2017 NHL draft.