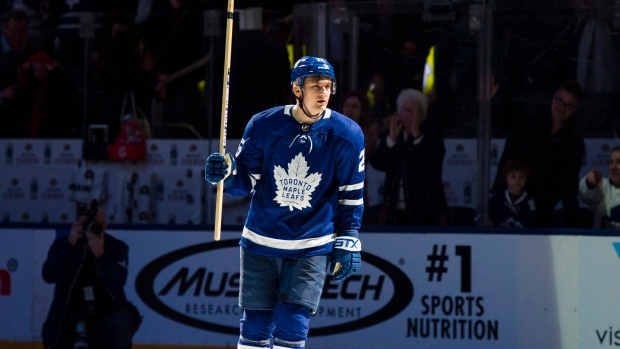 James van Riemsdyk's career came full circle when the winger signed with the Philadelphia Flyers on July 1, returning to the team that drafted him after six seasons with the Toronto Maple Leafs.

When introduced as a Flyer on Wednesday, van Riemsdyk said he was grateful for the Maple Leafs' transparency ahead of July 1.

"[The Maple Leafs] had told me a few weeks before free agency they were going to be going in a different direction," he said, per NHL.com. "You appreciate that. I enjoyed my time there. I think it was good for me as a person, good for my career. [I] had a lot of great memories playing there. I always look back fondly on my time there.

"Telling me that beforehand was good because it allows you to assess your situation a little differently in free agency, take some of the emotion out of it that might come from having those feelings of being some place for six years, and then you can really start to look at things objectively."

Van Riemsdyk took home the second-biggest payday of any free agent this summer, signing a five-year, $35 million contract. He said his familiarity with Philadelphia and some of the players on the roster led him to return to the Flyers.

"Me being in a place that I've been before, being comfortable with some of the guys that have been here for a while and the guys that I was with before, that makes it a little easier," van Riemsdyk said. "Some familiar faces on the staff. That's exciting stuff."

Van Riemsdyk scored a career-high 36 goals last season, which would have tied him for the Flyers' team lead with captain Claude Giroux. General manager Ron Hextall said Wednesday van Riemsdyk will likely open the year at left wing on a line with Nolan Patrick and the 29-year-old said he believes the two will be a fit.

Van Riemsdyk said Wednesday he will continue to wear jersey No. 25 in Philadelphia, the number he switched to when the Maple Leafs retired No. 21 for Borje Salming prior to the 2016 season.