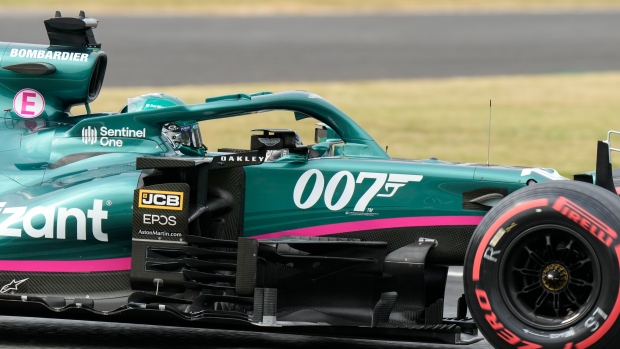 Canadain Lance Stroll and former Formula One champion Sebastian Vettel will be back behind the wheel for Aston Martin in 2022, the team confirmed Thursday.

Stroll, who has been with the team when it was known as Racing Point in 2019, has seven top-10 finishes in 14 races this season.

“Next season I will be embarking on my sixth year in Formula One, alongside my team-mate Sebastian," Stroll said in a release. "We started this Aston Martin Cognizant Formula One™ Team campaign together and I greatly look forward to continuing the journey with him next year. We have not achieved what we set out to do this year, but that has only amplified our hunger and drive for success next season. Now, with the prestige and support of Aston Martin, and the brilliant new sponsor-partners that such a prestigious brand has attracted, we are well positioned to improve our performance in 2022.”

Vettel, a four-time Formula One champion, is completing his first season with the team after six seasons with Ferrari. He has three-top five finishes this season, including reaching the podium in second at the Azerbaijan Grand Prix.

“I am really looking forward to racing the new generation of Formula One cars," Vettel said. "Their look is very different and the new technical regulations should give us cars that can race much more closely than recently. More exciting racing will be great for the drivers as well as for the fans. The changes are so big that every team will be starting from a new beginning, so it will be a great opportunity for us at Aston Martin Cognizant Formula One™ Team. I believe in the strength of our new growing team, so I am already looking forward to 2022.”

The confirmation of the return of both drivers leaves just one seat on the grid for 2022, with Alfa Romeo yet to name a teammate for Valtteri Bottas.