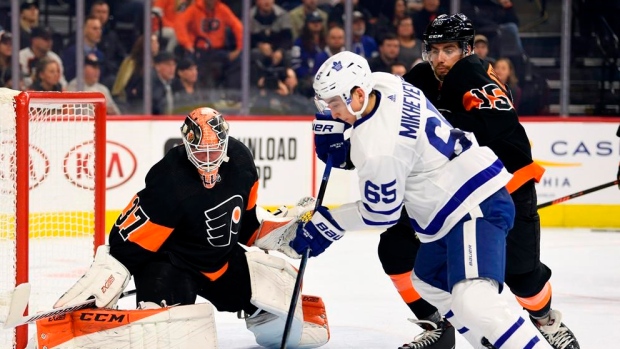 Toronto Maple Leafs forward Ilya Mikheyev and 25 other players from across the NHL filed for salary arbitration before Saturday's deadline, the NHLPA has announced.

Ilya Mikheyev filed for arbitration, which seemed to be the expected move for #Leafs. Kyle Dubas said yesterday his contract could be settled there, and that, “[given] the comparables, we're pretty confident that it's not a wide berth” to get something done.

Other players include Andrew Mangiapane of the Calgary Flames, Connor Brown, Christian Jaros, Nick Paul and Chris Tierney of the Ottawa Senators as well as Jake Virtanen of the Vancouver Canucks.

The hearings will run from Oct. 20 to Nov. 8 while the deadline for club-elected salary arbitration is Oct. 11 at 5pm et/2pm pt.