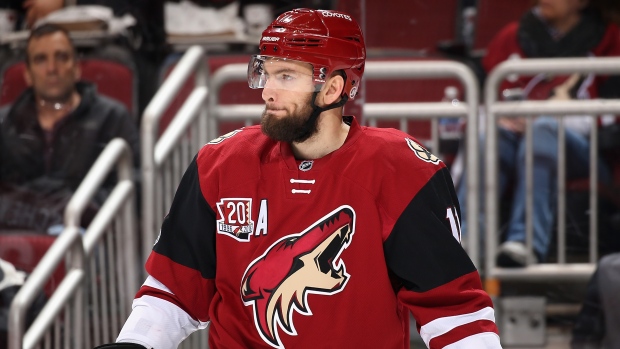 Martin Hanzal has deceided to hang up his skates.

The NHLPA announced on Monday night that Hanzal, who played 12 seasons in the NHL has elected to retire.

Congratulations to Martin Hanzal, who has closed the chapter on his NHL career following 127 goals and 338 points over 673 NHL games! pic.twitter.com/hjEjGuTgc6

Hanzal, a native of Czechoslovakia, was drafted in the first round (17th overall) by the then-Phoenix Coyotes. The forward went on to spend nine-plus seasons with the Coyotes before being dealt to the Minnesota Wild midway through the 2016-17 season. He spent the last two seasons of his career (2017-19) with the Dallas Stars after signing with the team as a free agent.

Hanzal recorded 127 goals and 338 points over 673 career games played in the NHL.