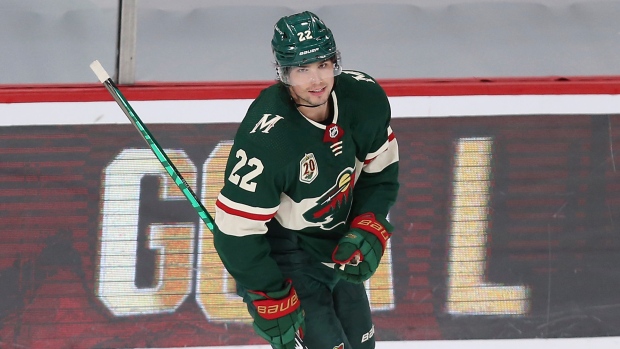 Minnesota Wild forward Kevin Fiala was handed a five-minute major and a game misconduct for a hit on Matt Roy of the Los Angeles Kings Thursday night.

The incident occurred in the second period as Fiala skated into the corner behind Roy. As Roy tried to control the puck near the boards, Fiala delivered a cross check to Roy's back, sending him flying face-first into the boards.

Roy was slow to get up and teammates Jeff Carter and Anze Kopitar helped him off the ice.

Minnesota went on to win the matchup 5-3 behind goals from five different skaters.