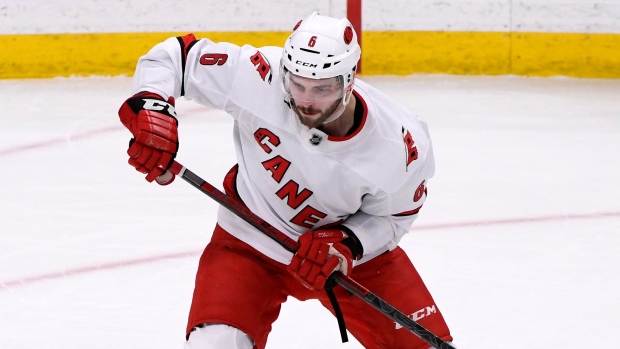 MONTREAL — The Montreal Canadiens have signed new defenceman Joel Edmundson to a four-year contract with an average annual value of US$3.5 million.

The Habs traded a fifth-round pick to the Carolina Hurricanes on Saturday to acquire the rights to Edmundson, who could have become an unrestricted free agent next month.