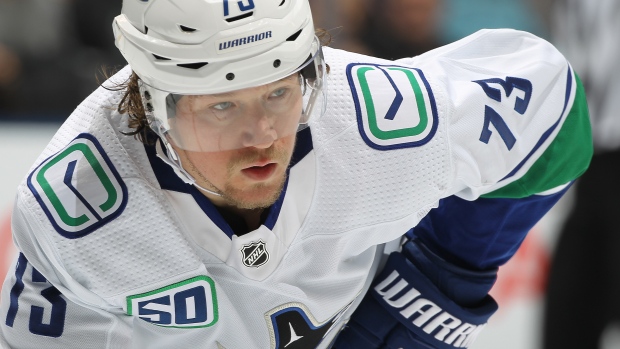 The Montreal Canadiens signed forward Tyler Toffoli to a four-year deal on Monday.

The deal carries an average annual value of US$4.25 million.

Toffoli played 10 regular-season games for the Vancouver Canucks this season after being acquired in a February trade from the Los Angeles Kings.

The 28-year-old from Toronto had six goals and four assists with the Canucks after putting up 18 goals and 16 assists through 58 games with Los Angeles. He added two goals and two assists in seven games of Vancouver's playoff run.

Toffoli has 139 goals and 151 assists in eight seasons in the NHL.

He was selected in the second round (47th overall) by the Kings in the 2010 draft.

This report by The Canadian Press was first publishedOct. 12, 2020.