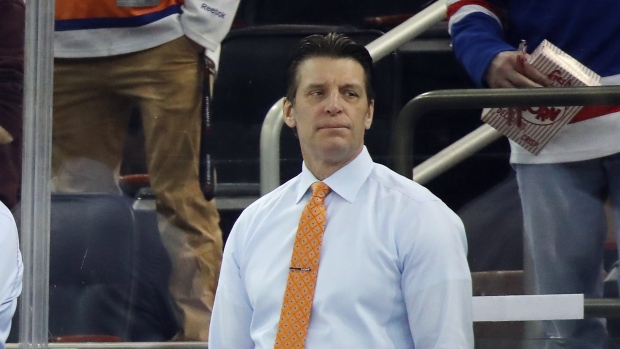 The New York Islanders stayed in house for their new head coach.

The club named Lane Lambert as its new bench boss on Monday, a week after the firing of Barry Trotz following four seasons with the team.

Lambert had served as an associate coach under Trotz for the past four seasons.

"I had the opportunity to work with Lane over the past four years, which includes spending time with him on a one-on-one basis when he served as the interim Head Coach this past season," Islanders general manager Lou Lamoriello said in a statement. "In my opinion, he is the right person to coach this team."